The world of Guinean Percussion

Guinean music is highly developed, a fact which is recognised by all neighbouring countries. As result of the dictatorship of President Sékou Touré, who made cultural competitions at local, regional and national level, and in all school programs obligatory, music has been ingrained into the generations since the independence of the republic. To this day, percussion has been played on the streets for ceremonies and celebrations. Les Ballets Africains de Guinée used all the different traditions present in the country to compose their repertoire. These rhythms are still the foundation for all contemporary music in Guinea. 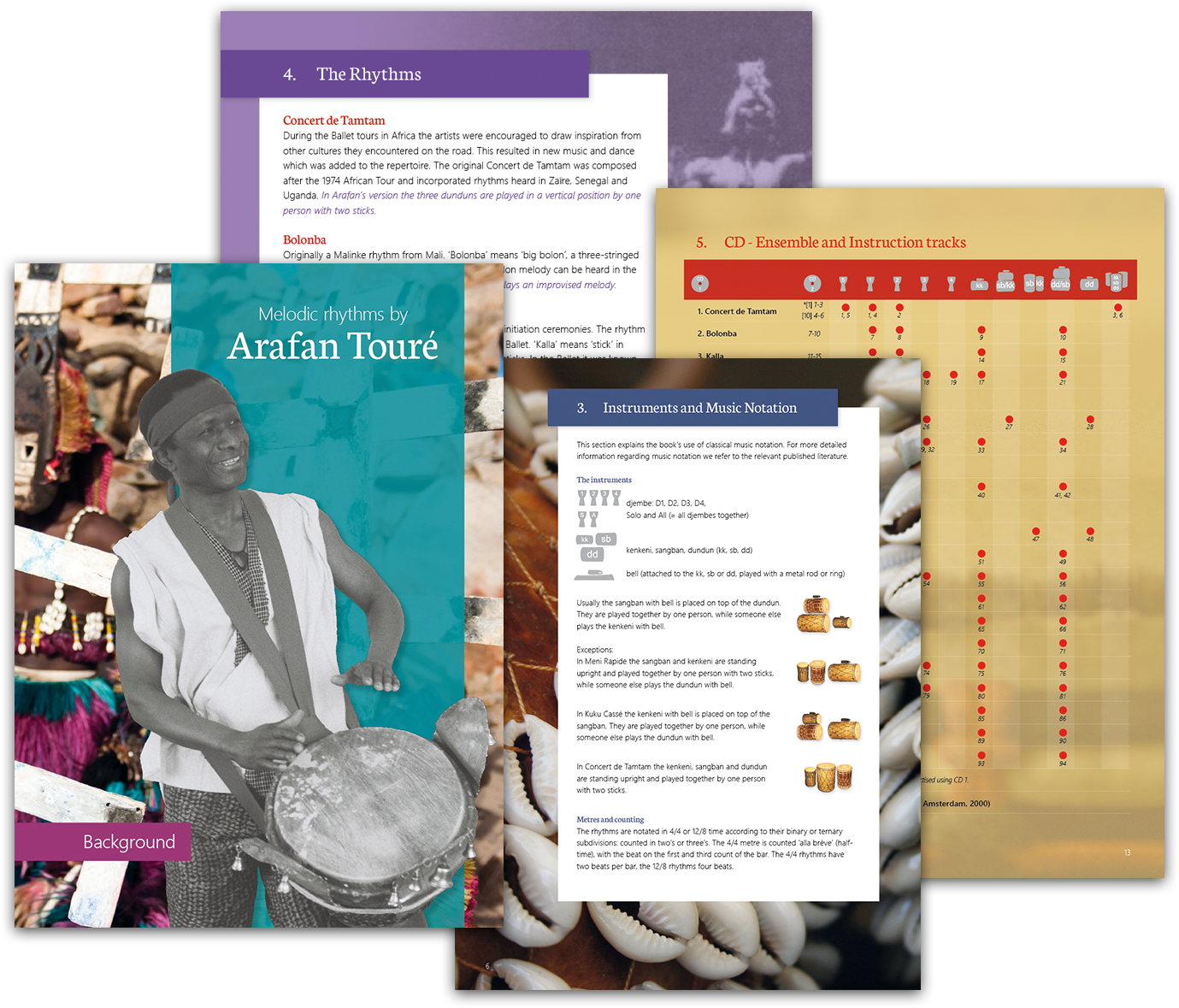 The legendary djembe percussionist Arafan Touré arranged and composed many rhythms during his 26 years with the National Ballet  (picture below). Arafan continuously developed his repertoire. When teaching in the Netherlands he adapted the rhythms to the context of his classes: the rhythmic music being played to be listened to and not for dancers, as was usual in the Ballet or in other performance situations. Often the pace became more calm.
Although he based his compositions on traditional rhythms, Arafan created another sound, separating remembered melodies into parts and re-orchestrating them into something new, sometimes even mixing in reggae and disco.

Arafan passed away in 2003, leaving a rich collection of these Guinean-inspired rhythms, 20 of which have now been collected in this box set with sheet music, background information, and CDs with instruction tracks and ensemble tracks. 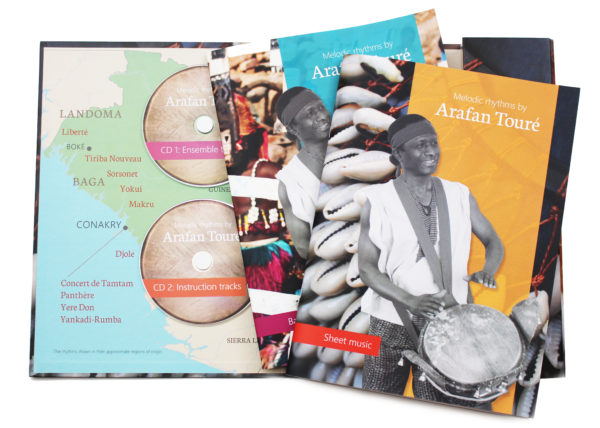